**Disclaimer: I intended to post this over a month ago, however life got away from me and it’s only just now being finished and posted. I apologize if all this has already been let out of the box.**

You saw that right, the Miller family is back in my home state. Yay! Let me take you through the months long procession it took to get here. 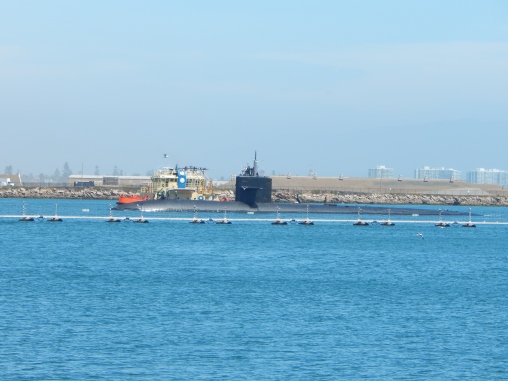 When Josh’s Humanitarian transfer was coming to a close, he was cut orders to the USS Dallas which brought about a few choices for us. The USS Dallas is on its final hoorah as its being decommissioned soon. As soon as these orders were cut, we knew we were heading to the Evergreen State. We also knew that this boat brought about new challenges and new experiences we’ve never had nor expected to face. This boat was stationed at Naval Submarine Base New London in Connecticut and had just recently completed its final big deployment right before Josh checked in. Score! No more big deployments for awhile! Lol.

Choice number one: to geo-bach or to do two moves in six months. If you don’t know what a geographic bachelor is, it’s where the active duty member —Josh in this case— goes to a duty station and leaves his family elsewhere. Our two moves would have consisted of Groton, Connecticut and to Bremerton, Washington.  It was actually a difficult decision even though it looked pretty simple. Many people would have opted for the geo-bach right away instead of uprooting their lives and kids lives twice in such a short amount of time. However, for me, Kanin was why I was so hesitant to do the geo-bach. Having fought through the emotional barriers  I’ve put up from Kanin because of Aerilyn, I wasn’t eager to test those new found grounds. But was I willing to allow myself to hide behind fear and uproot Kanin’s life twice in such a short amount of time? No, ultimately I wouldn’t allow that. The cons of changing his speech therapy, his daycare, his home and friends did not outweigh my fear. I put him first and Josh and I decided to put three hours between us. It was not easy, it was taxing and I heard “I miss daddy” countless times, and it ended up for the best. Josh traveled back home multiple weekends and we took a few trips down there. I don’t regret that decision. I learned I’m in a better place with Kanin than I have been in almost two years. That’s a pretty big pro.

While on this mini-adventure Kanin and I toured the Dallas and Kanin finally got to see a real submarine from the inside. Until that point, he’d only seen the outside. Excited doesn’t begin to cover what he was. He was adorable looking through the periscope and “driving” the boat.

We got snowed in a few times and even got not one, but two cars stuck in it. We dug out the SUV and the SAAB had to be pulled out by a truck full of cowboys who said they missed Texas weather. Lol! Games and family time were a big thing on those weekends.

Choice number two: to tell my family we were moving to Washington or to surprise them. This is where the secrets began. My sister, Jenn, knew the whole plan from day one. She’s always my coconspirator and I had to have someone on the “in”.  It was an easy decision to just surprise everyone. Everyone knew Josh was in CT and that we were traveling back and fourth to keep our family going. Little did they know we had plans to surprise them in a few months. There was many dodged calls and questions. Vague answers given and many “I don’t knows” said to keep our secret. There were many times when I had fellow military friends ask where we were headed after this leg of our journey. I had to avoid them so we weren’t outed by accident. It was a long few months.

As I said, from the moment Josh got these orders, we knew he was headed to Washington. Except we needed new orders stating the boat was changing homeports and we were all moving. The Navy lived up to its motto; hurry up and wait. Josh’s orders were supposed to be cut months before our move. There were two move periods for families. The middle of march or the end of May. You’d think that because there’s so much work put into moves, that we’d of gotten his orders at least a month in advanced. Nope. In between many underways (short time out to sea) we were fighting to get these orders. We did not get them until March 2nd and Kanin and I left New Hampshire for the final time March 9th. Seven days to get a house and storage unit packed, plans made for our drive across country because we were not shipping my car and give notice to everything was not enough time. In the end, we left CT on the 10th, drove across the country (more about that later). Then Josh had to fly back from WA to CT to drive to NH to watch our stuff get packed around the 20th. Only to drive back to CT on the 23rd to leave underway the next day. It was a crazy time and I’m glad it’s finally over.

I’ve spent weeks trying to figure out how to add our trip into this post. And frankly, I’ve yet to figure it out. it would be a huge long post and I’d have to edit and cut out many things. Therefore I’ve decided I’ll be making another post dedicated solely to what we did while traversing the country. I don’t want to keep putting this one off just because of one topic that I can easily make  into another. I feel foolish already for putting this off this long. So, having said that, I’ll be….eventually…. creating a post all about our adventure. It was quiet fun for us all.

When we first arrived, we lived with my sister for a few weeks. She and her family was kind enough to let me, Kanin and Josh —the short time he was there— stay with them until our house’s renovations were done. I signed our lease April 1st but stayed with them until the 5th because that’s the day our house hold goods (HHGs) were delivered. Thankfully our HHGs were 98% intact  but the most important stuff, Aerilyn’s stuff, was 100% safe and sound.

We’ve been setting up and decorating our house without Josh and that’s pretty bittersweet for me. Kanin and I have planned out his playroom and he’s pretty excited just to have all his toys in one room. Haha! No really, I have some pretty cool plans and I’m excited to bring them to fruition. I’ve asked Kanin how he wants his room this time, and he’s asked for space decorations. Normally we don’t do a specific theme for him since he changes his mind so often. But this one, I think we’ll do since he’s older and has gone through a lot of changes so quickly.

Now we come to our current place in time; not so patiently waiting for Josh to come home. Soon, very soon, I’ll be seeing him and I cannot wait. Kanin cannot wait and I’m sure Josh cannot either. So after starting this post in gasps! March! I am finally leaving it as is and sharing it. Better late than never, right? LoL.